“Have you ever seen hands like those before?” my grandmother said in disgust. Those hands have probably never touched a keyboard. They’ve never been behind the wheel of a car, or held lots of money. But let me tell you what they’ve done. They’ve cooked thousands of tajins, pealed countless figs and baked fresh bread every morning. They’ve raised a family, consoled neighbours and shook in fists of anger at me when I laughed with my mouth wide open, saying that was not ladylike. Those hands led me to the mosque and taught me how to fold them in prayer, they’ve prayed for me and showed me how to flip through the Quran. They’ve washed my hair after she soaked it with a smelly blob of henna and dried my tears after telling me I look like an ugly cockroach when crying. Those hands wiped her tears when family members passed away and they trembled and shook when she was reciting different suwwaar next to their graves. Sometimes we look at ourselves and we only see sin, shame and regret. Her hands have been the tools she used to embrace life. Hands that can’t even hold a pen or open a bottle anymore, but for me they hold the world and my memories. 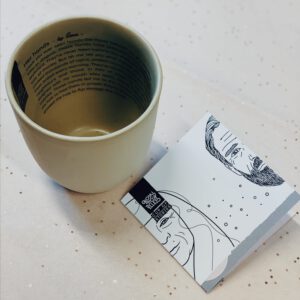 Buy a cup with this story inside 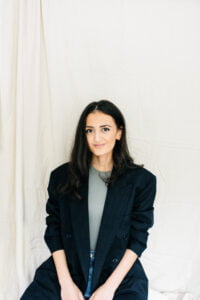 Sana, amongst other things, is a photographer and storyteller. Born and raised in the Netherlands, she also did grow up shaking Moroccan sand out of her shoes. She loves to instill honesty and humanity into her life and photos. She started with documenting the life of her grandfather in the Netherlands and grandmother in Morocco to negotiate her identity, learn about their way of life, express their opinions and beliefs, capture their range of emotions and to pass it down to the next generations. And she passed a story down to us about the hands of her grandmother. Personal and universal at the same time. In one of our cup of stories as we speak.